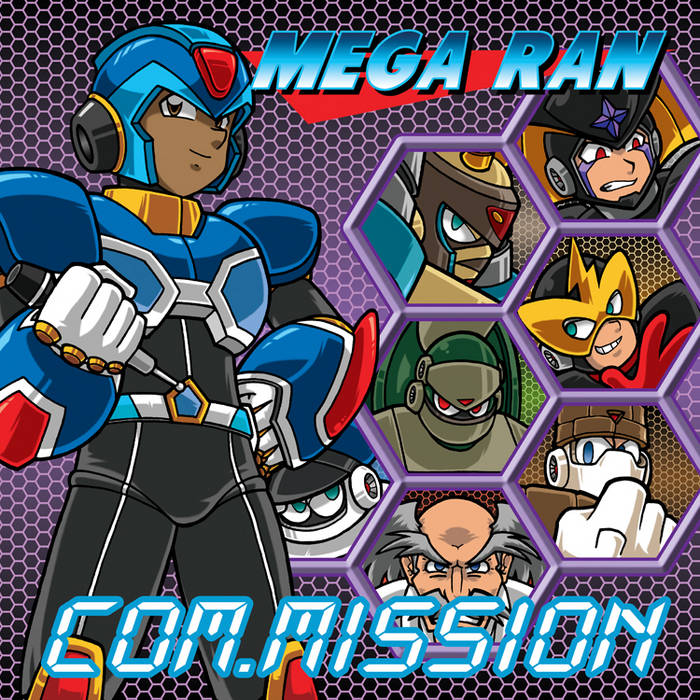 Aaron "ProtoBusterSwrd" Rodriguez The latest entry in the "Mega Ran Legend," As I like to call it is full of oddities from MM2 to MM and Bass. Not a bad way to show appreciation for a surpassed Kickstarter goal! Favorite track: Family.

Jeremy Sawdon Amazed! I can relate to so many tracks! A permanent fixture on my stereo! Keep 'em coming! Favorite track: Got You (feat. Jermiside).

(PHOENIX, AZ) After finishing up a successful Kickstarter campaign in which he achieved 300% of his original $5000 goal, teacher, rapper and gamer MEGA RAN is prepared to release the first of many unique stretch goals, a full album of Mega Man sampled tracks, done by commission, aptly titled "Mega Ran Com: Mission."

The title is a play on the Command Mission title, released in 2004 on the PS2 and GameCube systems. The new album will sample from classic titles from Mega Man 2 all the way up to Mega Man & Bass.

"I'm excited to return to my roots," Ran says from the studio. I tossed out the idea of returning to Mega Man and the fam was down. I got back into the lab and we made some really fun jams."