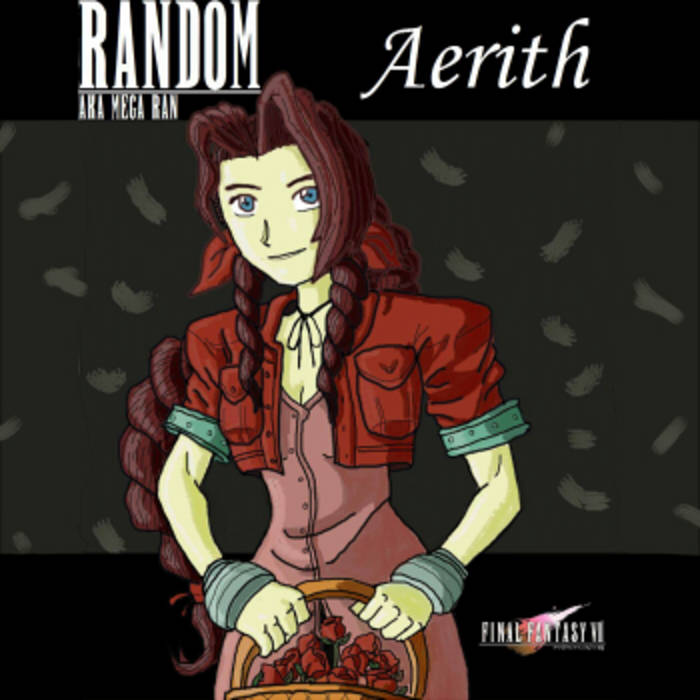 samples "The Forested Temple" and "Aerith's Theme" from Final Fantasy 7.

Last thing I remember is plotting our escape
I was runnin wit a gang wreaking havoc state to state
Call avalance, we were somerevolutionaries
Usin every trick in the book to bring the truth and nearly
Got killed on my last mission up in Midgar
Set off an explosion, ran, but didn't get far
So I'm guessing the reactor blew
Blast knocked me unconcious, and detatched the crew
I awakened on a flowerbed Up in the slums,
on the floor of a church all covered in grunge
Thankful to be alive, in need of a shower and not a medic,
I get up sore and light headed
And it was there that I met her, her name was Aeris
Body wasn't the greatest, skin wasn't the fairest
Not someone Id normally be interested in gettin wit
But somethin bout her aura just told me she was differ-ent

V2
So i dusted my self off and said hello,
Apologized for the inconvienience and then tried to go
One thing about Aeris she was a straight shooter,
she didn't wait if she had something to say to ya,
So immediately pleasantries were canceled
when she asked who would pay for the flowers I trampled
I laughed, and said that I'd replace em
I just did a job, that I'm waitin to get paid from
I'm a soldier, fighting for freedom,
Providing services for anyone who need em
So she came with a plan, suggested I protect her,
cuz there's bad folks out there, tryin to get her
Before I could ask why, some troops passed by
kicked in the church door, wood and Glass fly
Should i help her? My conscience says u gotta dog,
So I went from soldier to bodyguard


V3
So in our travels in the ensuing chapters
Every where we went someone was trying to capture her
So asked her, what was the deal, what's the appeal,
as usual she's nothin but real
She was the last decendant of an ancient race,
who may hold a connectiion to a sacred place
Called the promised land, so this caused a lotta problems man,
everybody wanted it so they all devised a plan
If that wasnt enough, in comes sephiroth,
The meanest, baddest, biggest boss of em all
She goes to the church to pray for the solution
But sephiroth appears she shows no fear
And with on sword stroke, aeris was killed,
I wish i was like her, and said what I feel
I don't know what it was but there was something bout her aura
Cuz I haven't felt it since her and never felt it before her