from Cries Of The Planet (Maxi​-​Single) by Mega Ran 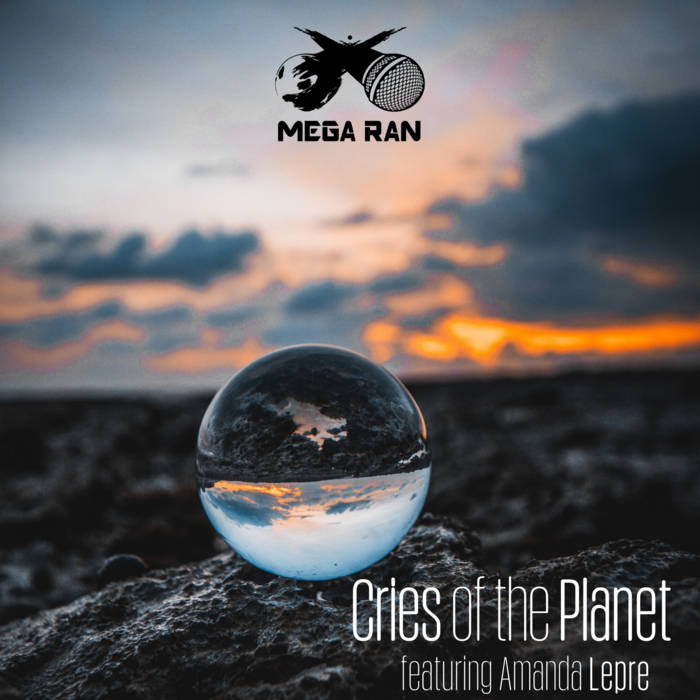 And this is all a simulation maybe that’s extreme

As I’m sitting midstream, hoping kids don’t dox me or swat me

Using despair as the fuel to drive racist practices

We let a monster in, and that's simple and plain

all we did was complain, tweeting idle threats like this is a game

As a planet we stand at a great detriment

Unaffordable, its horrible,i hear the lies in every sentence

I thought it through, and though I still want to feel resentment

For everyone who believed in you, and thought this dream was feasible

And knew that you were speaking to their problems

But I believe you’re beatable, it seems we at the bottom

But we just playing possum, like winter jasmine we blossom

Standing stronger united by our desire and defiance


and we refuse to go silent

You can hear the cries of the planet
Even scientists can't understand it
We all at a disadvantage, impossible to manage
So-called-experts is callin' it a "hoax"
Now it's time for the networks to take a new approach
Greenhouse gases, natural disasters
Unexplained phenomena, time to wake up outta the
Mindstate, that we can't change things
The world is changing
How many times we gotta see the same thing?
Hurricanes, earthquakes, volcanic eruptions
We need more action and much less discussion
And less corruption, before we all goners
Somebody inform us what the earth is tryin' to warn us
But we worry 'bout the trivial, superstars, interviews
Millionaires drama, people what's gotten into you?
Temperature is risin' like the CO2 levels
It's settled, sooner or later we'll see the true devils
But for now

from Cries Of The Planet (Maxi​-​Single), released May 1, 2020
Written by R. Jarbo, A. Lepre, K. Murdock.
Music Mixed and Mastered by Dj Cutman. Produced by K-Murdock
Photo by Louis Maniquet.