from Black Materia: The Remixes by Mega Ran 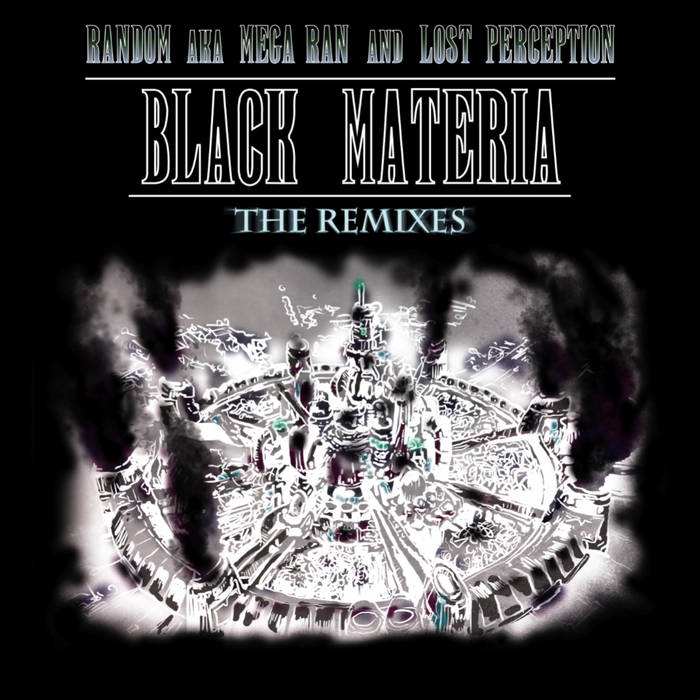 Juice Lee:
we aint kill the president you need to find a man in black that aint my homie cloud sword you know his bigger than that yea we wanted revenge for what you did to sector seven tifa knows meteodrive but she aint on final heaven rufus want a little beef and so he brought his pet along I'ma shatter them barriers play the game over theme song Im make you see the life stream in perfect hd and blow up the shinra tower if you wanna try me rufus say he's after sephiroth and want the promise land I cut him off and make a promise he wont see tomorrow man i aint impressed by his suit or the shotty in his hand cuz shinra gonna feel the force of the branch of avalanche rufus know he was wrong his attack was improper so he pull a schwartzenegger and make a break for the chopper

Now its time for preparation,
we racin enemies chasin
but patience now is a must
if not we gonna get touched!
its just me, Barret, and Aerith
without Cloud we can't be careless
Time to show'em we got merit
Now to the elevator
Tifa we'll see ya later
Hundred Gunner, and he killin me
Auxiliary Artillery, Thank you Aerith for healin me
Hit' em with the magic
Lightening bolts on automatic
Now its on! because I've had it!
Limit break! gonna make'em pay!
Show my fang to protect my gang
Use my haste, got no time to waste
Then he shakes, blows up like BANG!
Then comes down the Heli Gunner
He's gonna be goin' under
Strikin 'em with the triple thunder
Victory!
We takin the plunder!
repeat 3x

Gotta move quick fast, in a flash, 'fore the building collapse, so they Feelin the wrath,
Death I cannot afford so I brandish my sword start swingin and Clearing a path
Im on a Shinra cycle maneuvering for survival this mission is hella vital so I will not take denial
we don't get a lotta luck, but I think I spot a truck, sittin on the lot and what, you know it's unlocked! Start it up - I'm on the front line blockin like a full back,
Choppin at ya noggin I ain't stopping till ya skulls crack,
I hate actin wild, but im never backin down Tifa gives me a glance, I think she cracked a smile,
Simply in amazement, domino effect, hit one guard into the other watch em skid across the pavement
Imma stay close, gotta protect my Party members
I'm Karl Malon-in you phonies returning these guards to sender
Thought a told em all, now I gotta show em all, I ain't here for games
Then up rolls the motor ball,
No summons, I bludgeon em quickly with a lighting blast, striking em hard and fast
Victory is mine at last.