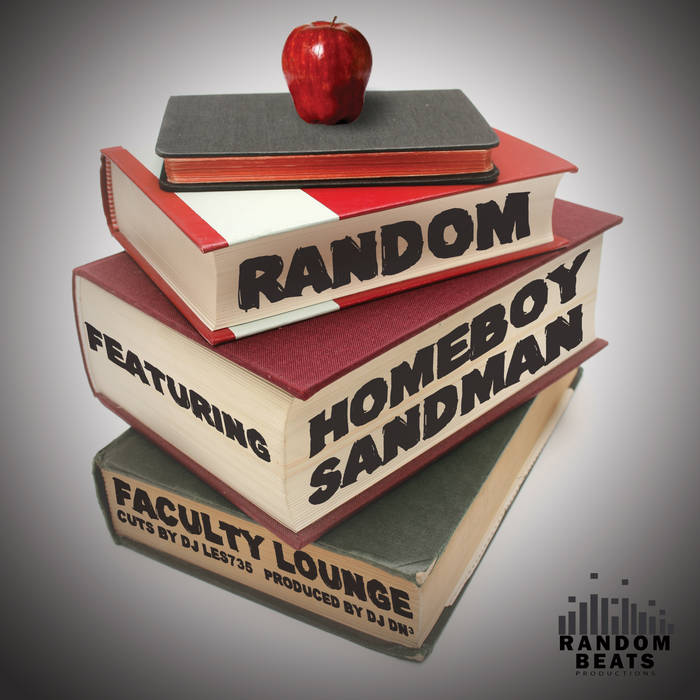 In the first single from Random's "Language Arts Vol 2," Mega Ran and Boy Sand lament on inner-city teacher blues. Low standards, safety issues and teacher accountability are just a few of the issues addressed by the two former educators. Download FREE or FEE, your choice.

My kids is on drugs
Half they took at home, half the school gave 'em
They's told that school would save 'em
Nuh-uh
School enslave 'em
My principal wasn't stressin' education
That b***h was more concerned with decorations
Talking 'bout I need more posters
Any minute cops could rush in itching to pull they toasters out they holsters
How am I supposed to teach a class?
When just a period earlier students caught a nasty temper from some tenured piece of trash
It take me 20 minutes just to get 'em back to feeling like human beings
To where the ones that can't even read at least'll humor me
I try to give em extra time
These kids already on they second strike
Frustrated by the second try
Brown v. Board done had a a ruling but what's the rule?
2005, I's teaching in a segregated school
An overpopulated, overmedicated, designated devastated
It's cruel

CHORUS
(kick the truth to the young Black youth)
(young gun, high strung)
(You need schoolin')
(Back to school and I hate it there, I hate it there)
2x

The natives are restless
Displayin aggression
And that's the young ones,
The old ones aren't staying for testing
So I gave em a question yo why you here, most of these kids just passin time until the day that they can buy a beer
priceless-- MasterCard ask the gods, the streets pay twice as much and the work gotta be like half as hard
I ask em all...you ever seen jersey shore?
I watch one hand then 2 hands then 30 more
Name of the game is education reform
Times is tougher than ever its quite a day to be born
I'm tryna overstand, how we get more
when prisons are built based on our kids 3rd grade test scores
Parents carefree, teachers stress more,
You got kids wit lock picks stealin out ya desk drawer
student government
my president took computer cleaner to the restroom and then he started huffin it....*Ritalin etcetera the plethora of meds the serve up would ace roger federer
Talk about desperate These kids known to pack weapons and thats their idea of alternative assessments..

Teachers conference, 4 days up at the Hyatt
I can't remember enough of what I learned to apply it,
Then i would Return to class, just to find that
in my absence my students incited a full riot
Got kinda violent, 2 subs retired
I must be gettin punished for every stupid thing I did
5 kids pullin straight F's
---And I ain't hear from the parents till the day we taught em safe sex..