from Blur Bomber by Mega Ran and Mister Wilson 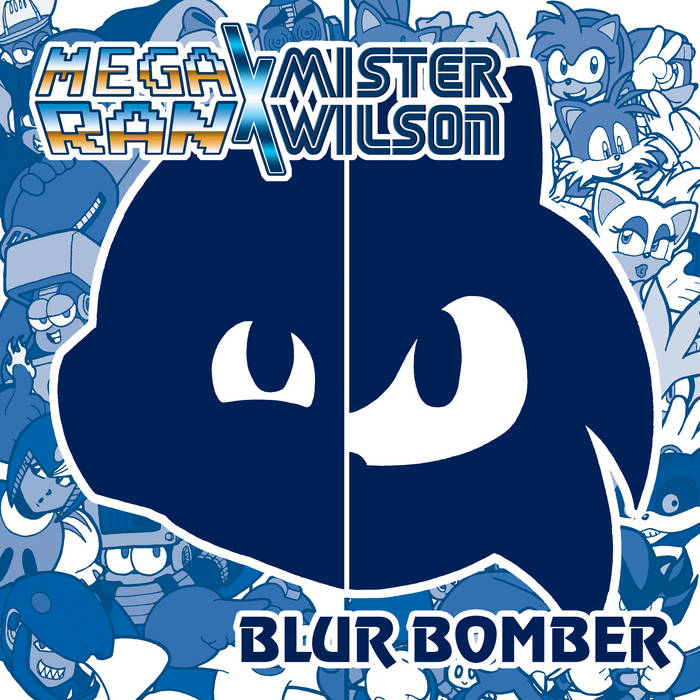 Lets get shakin! Like a babies rattle,
It's about that time, for that final battle,
Got all 7 emeralds now we're fast Without a booster code,
I know that y'all still shocked that both of us turned into super mode,
The mission is to get the mean,
Doctors out of the death machine,
get the heck out of skull egg zone,
Cuz both our worlds wanna go back home,
It's not over til the fat lady sings,
I refuse to crown these fools as kings,
Hey mega man I know one thing,
We need to hurry up before we run out of rings,
Watch out for the lasers,
This machine is something major,
The egg rockets on sight,
We have to move from the left to the right,
Ok we're doing fine,
We gotta hit this machine at least 8 times,
We gonna show who's tougher,
with some spins and a cannon buster,
I don't know about you mega man but I'm used to not having home field advantage,
Been beatin dr eggman since 91 and still doing damage,
That's for over two decades..of seeing eggman fall,
But I'm sick of fightin its time to end this once and for all!

This is the final battle
finally there's some clarity
but I dont think this is how it has to be
so this ones for free like charity
chaos emeralds got me feelin' super
gleam in my eyes, it's not something i'm used ta
know i be through them wars
knew what it was when i stepped through the door
2 on 1? i like those odds
got the buster charged, I fight your squad..
all alone if I have to
but I don't have to, cause now we have TWO
say hello to the new Blue Man Group
Chances slimmer than the mustache on Fu Manchu
that you can be a winner, what my two hands do
get equipped, i know one thing that you can't do
and that's--use the power of my enemies against them
I switch to the missile and send them
straight up now they locked upon your cock pit
right in the kisser like a Randy Orton dropkick
I glance at Sonic and he's got this
timing has gotta be precise and so I switch
to the buster, damagin' they weapons
defeat is out of the question, let's win!