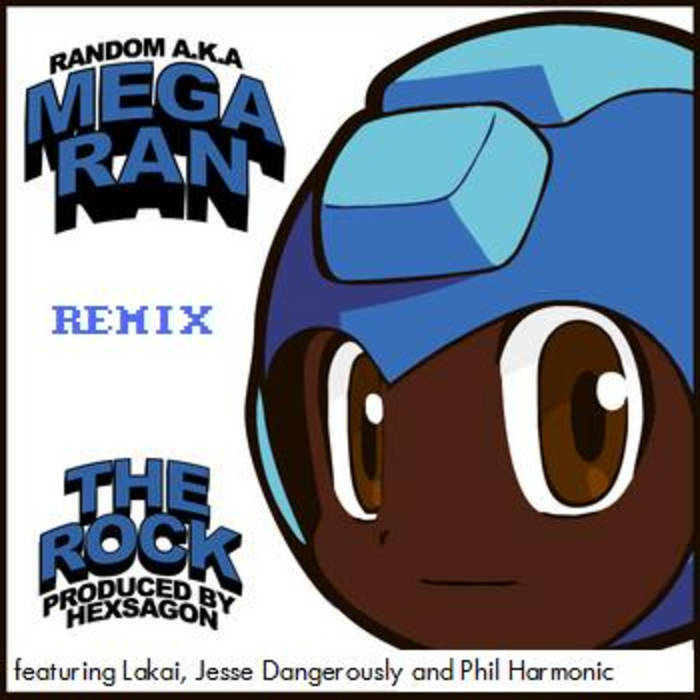 Give it up Megaran, Hexsagon he the man
From the States to Japan, Phil will wait for the fans

Lakai
yo i rock to the rhythm, i walk to the rhythm, i talk to the rhythm with any beat that I'm giving,
no dissing, if your wining and pissing, get up on the mic and show some sort of professionalism,
now listen, ain't new to me, ain't starstruck or ogling at some ugly jewelry.
you get my respect if you re cool with me, or if you re schooling me, all the damn foolery's coming late like truancy.
action packed, i dress how i want, yes out in front with more class then khaki slacks,
i need to start charging fees alot of people make jingles, i make jingles with my keys
its a wake up, from deep in the dreams, freaking the scenes, deleting the teams, a hex beat bringing the stakes up.
this takes alot of hard work, not an overlarge shirt but more of what you re brain can think up.

Brrrap to the rhythm I rock and get a slow clap
It isn't my fault you didn't know that
The J was raw from your low-watt EZ Bake oven.
So what? We debate nothing. cupcakes and muffins
Dubplates and dozens of club patrons
Grown-ups with nothing to love, gave them
Hugs, hey! Tugs on the sleeves, rug abrasions on the knees
Suckers blazing on the trees was amazing to a younger me
But now they're under me with no chance of over-standing
Where's the love? Jamming with brothers, like an older Hanson
Ha! Holding hands and closing eyes
No-one knows the flows that rise from ocean tides to Nova Scotian skies
Like I do, and I'm too old to fly
Jesse Livingston Seagull, it's messy living with people
Unless they willing to see through the beard and the necktie
Dig underneath the weird and the get-fly, "BIG" from here to Bed-Stuy
Lest I forget, let me crank the Burner
Can I get an A from the teacher? (Ayyy!) *Plus* thank the learner.
We came to take them further in perambulators
Child educator plus head amputator
And you haters better learn to flip the dipswitch
See a few cuties and we turn it up like this quick
Mischief, mayhem, every DJ in the district
Play them. We know them: R L J D and R
A N D O M - amen, elohim;
Hey there, hello friends! Play fair - oh no? Then
Stay there below them! Know when to fold them!
Know when to walk away, and know when to take care with
Old men! Or get LOCKED in a prison where the
PLOT never thickens. Don't STOP til it hit 'em, word!
If you ROCK for the cats, but NOT for the kittens, they will
NOT stay your listeners.

In any clash of the titans, I'll flash with the lightning
Roar thunder, tear the ground asunder, in the land under
Make you wonder if, you gotta play T.R.O.Y., just to reminisce
The remedy, remember this, to each his own is evident, but
I feel we traded intelligence for intent
Belligerent men, telling me my times at an end
Though I cannot accept fully, been tempted to acquiesce
Perhaps it's best, just to get this weight off my chest
But any real spitter knows, you can't put it on hold
Your thoughts mold into rhymes everywhere that you go
The metaphors form fully while you're drinking your Joe
You think about, where in 16's, coffee beans can go
For example, I grind MC's like breakfast blend
It depends, you may not even commit it to pen
Or paper, save it for later, I'm saying my navigator
For most of my life, had to do with touching a mic
While tried to, put it behind it's still right in my sight
No matter what I do, I'm feeling the beats that I like
Calling to me at night, saying Phil get over our fight
Cause other dudes that had me lately they ain't hitting it right
Want the love just for having a gift, that word of mouth
Praise mounts till you're known on sight while out about
Wanna be a respected MC without a doubt
So please, go tell a neighbor or friend what Phil's about
CHORUS

you want it we got it,
We done it for dollars
The Hummers impalas,
But holla at us if you wanna get polished
We punish you rhymers
Who want it wit bomber
I'm hungry for drama
No kinda dishonor,
I am comin behind ya - pause
Spit a flow, Fans call it mean, shorties call it clean,
Have it looking like a Charlie sheen party scene,
Winning-- that's all that I know how to do, I call y'all the bout ta dudes Sayin what u bout to do
Feel like I need a room with malcolm's view
Point the zapper out the window and squeeze when i point out ya crew
My first meetin wit hip hop was Rob base,
Crack heads used to pump it when they buy base,
From the crackhouse across from my place,
I ain't talkin Houstons when I say high stakes,
My Level of skills ahead of the field so I brought hexagon lakai Jesse and phil,
I'm theirry geffery, I fear youll never be, nearly def as me, so clearly, let it be
The spirit is willing but the flesh is weak, take a seat and lemme show u how to bless a beat- peep