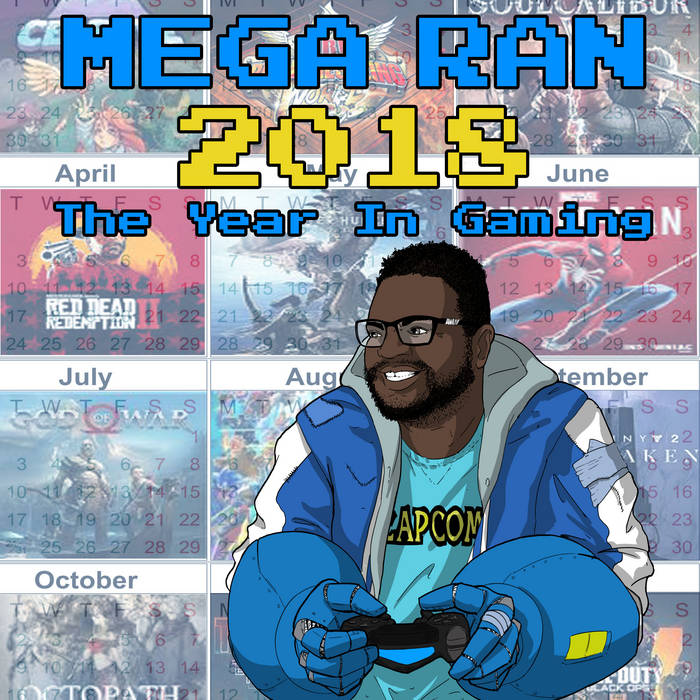 One more time. Mega Ran returns to wrap up the year in gaming. Happy New Year.

2018, whole lot of great things
New IPs and sequels hitting the game scene
And I been waiting for this time to come around
So, Without further adieu, let’s break the year down
Yo, titles were numerous, so I stayed studious,
Jumped for joy when I heard they remastered lumines
Octopath Traveler was my favorite RPG
But I gotta tell you what game was the best, to me...
So kratos was like (Boy)
Come over here (Boy)
Tossin the Axe (boy)
Had me saying (oh boy)
Gotta shout out the entire team
I Killed a couple valkyries but Couldn’t try the queen
yada mean
Spider Man was tight, Red Dead slightly tighter,
Soul Calbur 6, and Dragon Ball Fighterz
Black ops 4, had a gang of new producers,
And a New mode, Blackout, like Fortnite but cooler
Speaking of Fortnite, I still play with fam,
Still trying not to get sprayed soon as i land
Epic went ham, the game made bands
Snatched up the cash, and every popular dance
Pokémon let’s go, I chose Eevee
To spend hours with me in front of the TV
Monster Hunter World, i still play it today,
And Live 19 finally caught up with 2K
Dragon Quest 11, shadow of the colossus
Sold my Xbox they weren’t coming with the hotness
I’m sorry I got tired of their stuff
one good exclusive and Forza’s not enough.
Hitman 2, both clever and gory
Had Great gameplay but I couldn’t hang with the story
They fixed No Man’s Sky, I woulda played it again
But unfortunately I’d already traded it in,


Destiny 2, Tetris Effect, Beat Saber
2018 was Metroidvania Mania
Celeste, The Messenger, Dead Cells, too
Hollow Knight broke through even tho it wasn’t new
new to the switch so, that don’t me a liar tho,
WWE was very good, but that FirePro,
And Mega Man 11 finally hit the store shelves
First I plaued it, then I beat it, then looked for something else
A little uninspired man, let’s get this understood
It’s not a Megaman if the music isn’t good.
That’s a shame, man I Had such high Hopes for it
But I got distracted by Super Smash Ultimate
Played my first Assassins creed game - finally
And I loved it a bunch, they nailed it with Odyssey
And personally I still wrote and still toured
emerald knights 2 landed on. the billboard
Guinness World Record, most video game tunes
Finished a new album with Lars, you’ll be getting it soon,
Overall though this was a great year for games
And All I ask for next year is more of the same.
Shout to Telltale Games staff, keep ya heads high gang
As for me I’m trying not to sweat the light things,
Keep it positive and always do the right thing
I wish you nothing but nice things in 19