from The Returners EP by Mega Ran x Phill Harmonix 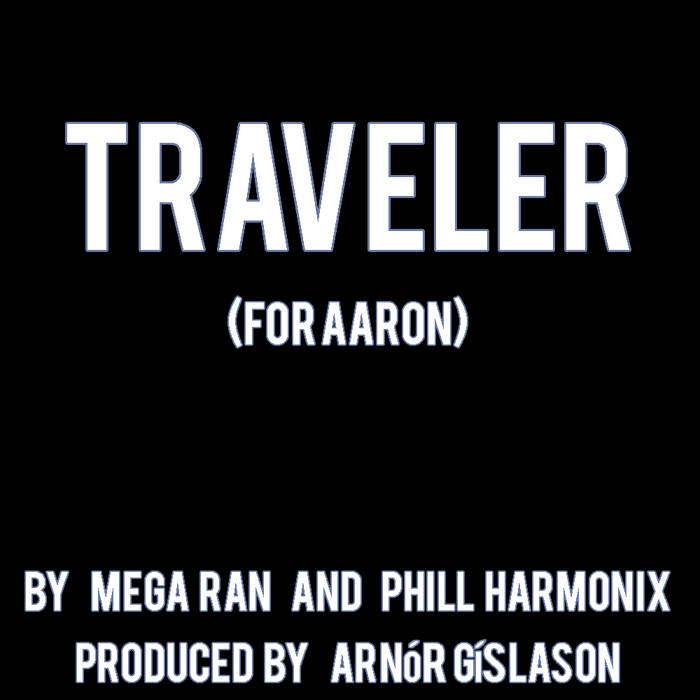 Phill Harmonix
From a humble beginning, to pass in a tragedy
Traveling he entered, and disappeared rapidly
Steps that he took, influenced by the gravity
We all feel, but where he looked to change was the reality
Of human rights, in regard to information
He wanted knowledge to soar free, an integration
Of the world’s population at large
Information, accessed without a charge
Anyone can benefit, no one is barred
There’s no paywall and no greed serving law
In following this path in life he stepped over
Lines of draconian laws and rights owners
Regrettably, he made a choice to leave
We chased him away for wanting to be, now imagine
What else he could have taught us, the ideas discovered
As far as beliefs, he was a brother
Continue on your journey

Random
tragedy of the commons, borderline genius
Who dropped outta college, but never stopped dreaming
Vanished too soon, though he's still traveling
Champion to many but living unhappily
Because of a belief information shouldn't be padlocked
Equal access to the haves and have nots
Taught us to demand progress, stood up to congress
And showed us that justice is a gradual process,
Victim of a system, mistreated and slandered
For fighting for the Fundamental rights we take for granted
Why shouldn't knowledge should be free of charge
Not absurd for a country that claims belief in God
Charges piling up, he saw no other way
the ultimate price, he would soon pay
yet in 26 years, he learned what Professors Can't teach
still traveling places that mortals can't reach
The Traveler