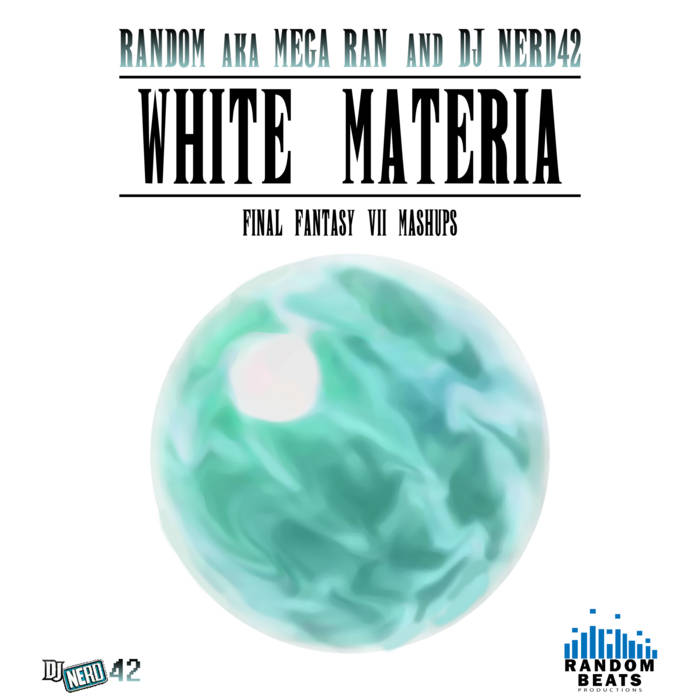 In 2011. Mega Ran dropped “Black Materia” with beats by Lost Perception and lyrics that told the epic story of Cloud Strife and his AVALANCHE allies battling the evil Shinra Inc. and Sephiroth from the classic 1997 role-playing game, “Final Fantasy VII.” In 2012, it was followed up with, “Black Materia: The Remixes” with even more original awesomeness featuring many guest appearances from all over the nerdcore hip hop scene. Now, in 2013, you get to hear the same crap that’s been recycled at this point about three times, cause we just can’t let it go!! Hooray! :D

From the accomplished mashup artist who brought you the video game hip hop concept albums, “Chrono Tied” & “Deltron 3742” comes his most ambitious project yet. Unlike the previous game-soundtrack-centric releases, the “White Materia” mixtape combines the “Black Materia” vocals with 19 beats both old and new, selected from among DJ Nerd42’s favorites with only one criteria: being awesome.

Special thanks to blackmage_nuke for help with artwork.
Also mad props to Mega Ran & Lost Perception for their patience in helping get every last little piece of this puzzle together. BUY THEIR ALBUMS & SHIRTS!!