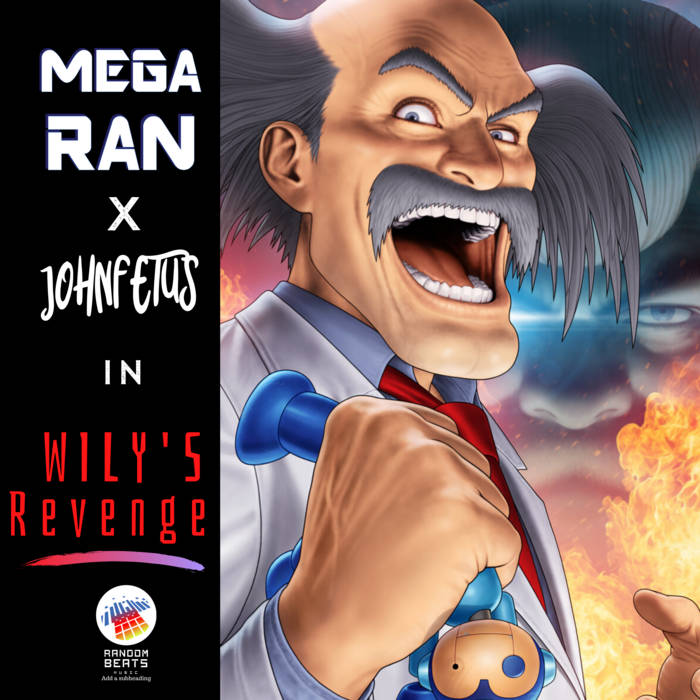 One of the smartest in the world,
Amazing advances within the field of ro-botics
Money is no object,
But he never felt the need to make a profit with projects
Had a best friend, doctor light
They could have changed the world
If they had stayed together
friendly competition turned to bitter rivalry and one day it changed forever
Wily felt he had done enough
But no matter how good he was he was always Runner up
Got Sick of second place
Felt like it was wilys turn to take a crack at comin up
The school held a contest,
To show off technology and chart our progress,
Wily and Light collaborated
But Dr Light got all the accolades wild press and I guess
Wily had enough of that, started actin up, so he packed his stuff,
And though his act was tough, we weren't buying it, this is how he became a mad scientist
Might win some but he just lost 1
Light kept building, awards got won
A table for 1, it's just not fun,
So he built a robot, to call his son
Rock, named for his love for music,
Lab assistant who fetched his tool kits
Teenage boy, A little clumsy clueless,
but always amusing, that's the blueprint
Didnt want Rock to be alone
So he made a sister bot, named Roll,
Life was grand but little did they know
wily was coming back,
So

All was well in the city of robots,
Peace and love no shots no cops
Till guess who came back to the block
When danger comes, it's likely that it won't knock
in the lab like a repo man,
Left all the robots reprogrammed
Cut man iceman elecman guts,
Fireman But rock and roll, keep those man,
Stack chips like Doritos man,
Built a huge fortress unleashed those and,
Used Robots to wreck the town,
if you wanna stop em you gonna bow down
Now, Our worst fears came to life
and Worse everyone is blaming light,
doc only has one robot left, rock,
and he ain't even trained to fight
On world domination he's hellbent
So he gives him a blue suit and helmet
Tells rock don't kill if you can help it,
Can't believe his old friends so selfish,
Mass chaos, is his only objective
If only he had known he's respected,
Maybe he wouldn't act so reckless
I guess it's just a matter of perspective
But we can't let him win this fight,
Time to get equipped, bots get sliced
Rock has wily in his sights
But can't bring himself to end his life
So they lock the doc in a cage
Where they think he'll spend the rest of his days,
But I heard the other day he escaped,
And i bet he's right back to his evil ways

They always said I was radical
Suggested I take a sabbatical
Everyone’s studies were laughable
Speculative at best -and nothing factual
Fast forward 20 years
I done lapped all my peers
Built machines to strike fear,
In all of robot city, yet it’s grinding my gears
Not an award, no nomination
Now I’m just floored, they try my patience
Down to my core, all the equations
I want the world, I mean domination
Need you to see, what you didn’t believe
Geniuses always keep one up the sleeve
No more taking L’s I will prevail
Have everyone paying tribute to me
You’ll see, just gotta be patient,
2 decades now that I been waiting
The perfect moment, the special occasion
The final phase of My operation
invasion-
the likes of which you never seen,
Behold The new rise of my new regime
I got a team
And to think, I saw it all inside a dream
Now to make it real- death devices set to kill
Time to pay the final bill
Death note is signed and sealed
See My luck's about to change,
Cause I’m finally gonna win
Quote me on it:
I will never beg for mercy again